Boat Trip to the “Three Motus”

A transfer from your hotel to Hanga Piko harbour will take you to your boat, which will travel to the islets of Motu Iti, Motu Nui and Motu Kao Kao, situated on the shores of Rapa Nui. During the former annual Cult of the Birdman, they were the destination of those young men chosen to compete for the honour of their clan, and the right to nominate the next king. The winner was decided by whoever returned to the main island with the year’s first swallow’s egg, taken during a dangerous feat of swimming and climbing. You will see the Orongo ceremonial centre for the Birdman Cult from the water. Afterwards, the boat tour continues along the coast, past Hanga Roa, to reach Ahu Tahai, whose moai have their backs turned to the ocean and overlook the island. This is the very same perspective the first European seafarers had in the 18th century. The return to the harbour is followed by a transfer to your hotel. 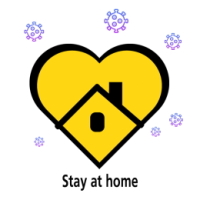 Do you need any advice in putting together a trip to Chile?
We're here to help!