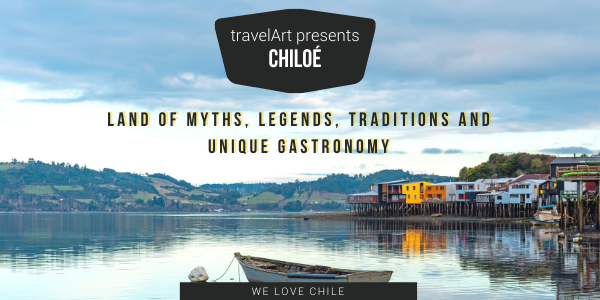 The legendary island of Chiloé lies southeast of Puerto Montt in the Pacific Ocean and is the second largest island in Chile after Tierra del Fuego. The Chiloé archipelago includes many small offshore islands on the eastern side in the Gulf of Ancud. Large parts of Chiloé are protected in various national parks. Farmers and fishermen live the traditional way in picturesque villages where the time seems to have stand still. 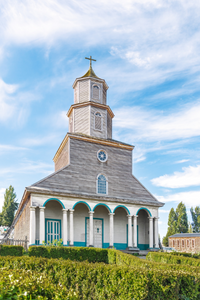 The landscape is lush green and when the sun shines, the brightly painted wooden houses and fishing boats glow in the most beautiful colours. The hallmarks of the island are the stilt houses and the many wooden churches, which were built without a single nail or screw and have been declared a World Heritage Site by UNESCO.

For a long time, Chiloé was mostly isolated from the mainland, which is why, very ancient traditions, myths and legends have survived to this day. For example, there is the legend of the mermaid La Pincoya, whose responsibility it is to protect the sea. When the Pincoya dances facing the ocean, it is a sign that there is an abundance of fish and shellfish. And when she dances off the coast, the stock is scarce. 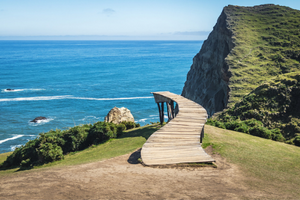 Inspired by the Chiloé legend of the souls of Cucao, the artist Marcelo Orellana Rivera built the dock of souls (Muelle de las almas) in 2005.
The dock, made of natural wood, is located south of the village of Cucao. According to legend, around Cucao, on the cliffs of the bay in the rocks of the Pirulil sector, the wailing of souls can be heard, asking the boatman Tempilcahue to take them to a resting place. 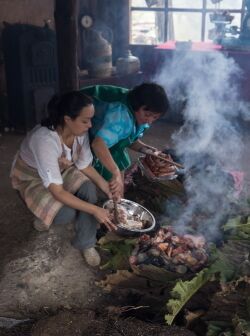 In Chiloé you will also find unique dishes typical of the region, such as “curanto”, which consists of seafood, various types of meat and potatoes and is traditionally prepared in a hole in the ground about 1.5 metres deep. The ground is covered with stones that are heated in a fireplace until they turn red. Then it is covered with leaves, which are usually pangue (Chilean rhubarb). Everything is cooked over a very low heat, blending the different flavours of the ingredients and creating a unique dish.

If you are interested in a special programme on Chiloé Island,
please send an email to info@travelart.com.